Gearing Up for Rhythm & Blues

Well, I’m committed to this thing now. ARCs for Rhythm & Blues have gone out (if you’re a blogger who didn’t hear from me about an ARC and you want one, you can fill out this form), and a cover reveal is set for a week from today (if you want to see the cover a day early, you can sign up for my mailing list here).

Rhythm & Blues releases on June 20, and you can preorder it right here.

I’M ONLY A LITTLE NERVOUS!

One thing I want to be sure everyone knows is that Rhythm & Blues is a standalone. It’s a 25,600-word contemporary romance novella, and yes, it most definitely has a happy ending. There will be at least three (possibly four) novellas in the set, but each will be a standalone, with no crossover between the individual stories.

I hope you all enjoy reading them as much as I’m enjoying writing them. 🙂

Comments Off on Gearing Up for Rhythm & Blues

Wayward Son Release on Monday, but It’s On Sale Now! 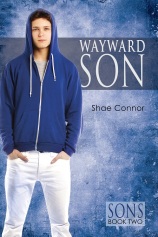 So, as you may have heard, my next novel, Wayward Son, releases on Monday from Dreamspinner Press. But wait, there’s more! This month, Dreamspinner marks its eighth anniversary, and as a result, they’re having sales every week. Starting today and running through next Thursday (May 8–14), all of my Dreamspinner titles will be 35% off. Yes, that includes pre-orders of Wayward Son, and it even includes in-stock paperbacks.

Just for the fun of it, though, here are links to all my ebook titles with the lovely discounted prices. Or, just go HERE and work your way down the list. Great time to grab anything you might have missed! 🙂

Comments Off on Wayward Son Release on Monday, but It’s On Sale Now!

Posted on April 13, 2015 | Comments Off on COVER REVEAL and Preorders for Wayward Son (Sons, Book 2)

Another gorgeous job by the fabulous Paul Richmond! 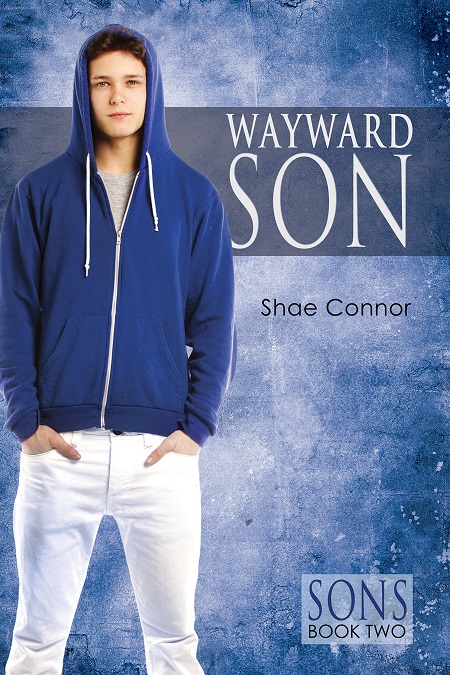 The blurb for Wayward Son:

After his move to Atlanta and away from the influence of his conservative parents, Mikey O’Malley finally feels free to be himself: art student, aspiring animator, and out gay man. He has friends, a new job, and not one, but two men interested in him. Cory Lassiter and Jimmy Black have been a happy couple for years, occasionally bringing a twink into their bed, but only for a brief roll in the hay. When Mikey meets the pair, the attraction is immediate, and it runs three ways. Mikey just can’t believe they’d have room in their lives for a permanent addition.

When Mikey’s newfound life is shattered by a lawsuit that accuses him of molesting a child years earlier, he’s determined to face his troubles on his own, but Cory and Jimmy are just as determined that he not have to go it alone. To reconcile his need for independence and his desire for love, Mikey has to learn that being a man isn’t just about standing on your own two feet. It’s about letting yourself lean on the ones who love you.

Comments Off on COVER REVEAL and Preorders for Wayward Son (Sons, Book 2)

Posted on September 19, 2014 | Comments Off on Dreamspinner Paperback Sale & Preorders for GRL

Attention, GayRomLit attendees! For those who haven’t heard, through this Sunday, September 21, Dreamspinner Press has ALL paperbacks (even ones they don’t normally keep in stock) on sale for 35% off and will deliver your purchases to you in Chicago for no shipping charges. That way, you won’t need to buy on site, and you can order any paperbacks for any authors, including those of us who aren’t registered as authors, or even authors who won’t be attending at all.

To designate your order for pickup at GRL, use the code GRL2014 at checkout.
The offer applies for some books that haven’t officially been released yet, including the All in a Day’s Work anthology, which comes out on Monday. Several of the anthology’s authors will be in attendance at GRL, including Bru Baker, AJ Cousins, and me, of course! You can also order paperbacks of my novel Sand & Water or the Playing Ball or Grand Adventures anthologies.

The 35% discount is available for everyone. You can still order books to be delivered to you directly (with the usual shipping charges). So whether you’ll be in Chicago or not, this is a great chance to stock your bookshelves with old favorites or new reads.

Comments Off on Dreamspinner Paperback Sale & Preorders for GRL

Posted on March 21, 2014 | Comments Off on Coming Soon: Grand Adventures

Eric Arvin and T.J. Klune are two well-known and well-liked authors in the gay romance community who are happily coupled and planning to marry later this year. In December, Eric suddenly had to undergo brain surgery that’s left him mostly paralyzed. It’s been a very hard few months, but through everything, their love has only grown stronger. 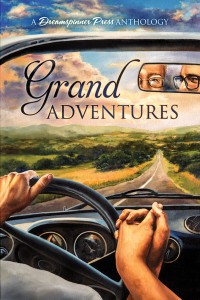 Eric and T.J. are both published (in part) by my primary publisher, Dreamspinner Press, which decided to put together an anthology, Grand Adventures, with all proceeds going to help Eric and T.J. pay the many extra costs associated with managing Eric’s condition. I was happy to contribute a second edition of my short story “Stripped,” and when I saw the lineup of other authors, I felt a little giddy. And the cover! OMG. So much love. (You’ll be able to buy prints and maybe even t-shirts of the cover art soon, too!)

The anthology will be released on March 31 and is available for preorder now in ebook or paperback format. It’s a fantastic way to help out two great guys.

(P.S. You can also donate directly to T.J. and Eric through the GoFundMe page set up by friends. Since everything at Dreamspinner is on sale right now, consider donating the difference between the purchase price and the price you pay for your preorder!)

Posted on August 21, 2013 | Comments Off on Playing Ball Cover Reveal and Pre-orders!

I am thrilled to be able to show off the gorgeous cover for the Playing Ball anthology, which comes out from Dreamspinner Press on September 25. It’s simple and elegant and perfect. 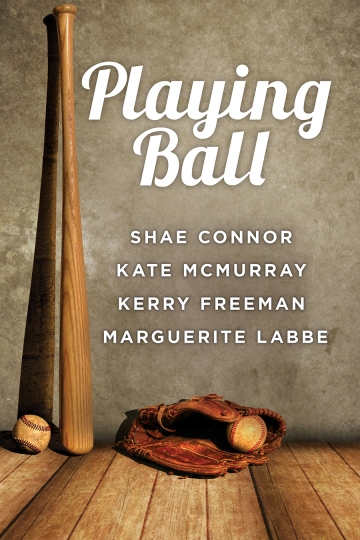 So pretty! Big thanks to cover artist Aaron Anderson.

Even better, you can pre-order the book now! GO RIGHT HERE!

My story in the anthology is a novella called Home Field Advantage. The blurb:

Toby MacMillan, grandson of Atlanta Braves owner Ray MacMillan, lives for baseball and loves his team. When he meets new team member Caleb Browning, an innocent welcome-to-the-big-leagues dinner leads to a not-so-innocent night together. Toby quickly calls things off, afraid of the ramifications of their tryst, but the two men develop a friendship that soon becomes more. After Caleb takes a fastball to the head, their budding romance hits the news—and Toby’s grandfather hits the roof. When Ray MacMillan demands Toby deny the relationship, Toby must choose between the team he’s loved all his life and the man he could love for the rest of it.

To read about the other stories in the anthology, visit my co-authors’ websites:

Comments Off on Playing Ball Cover Reveal and Pre-orders! 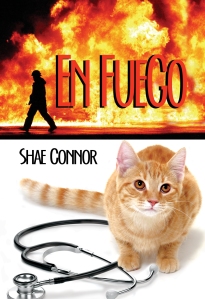 My next novella, En Fuego, which releases on December 12, is now coming soon and up for preorder at the Dreamspinner Press website. Preorder is a new feature for DSP, so this is the first time one of my stories has been available. Exciting! 🙂

Marshall Ramirez isn’t looking to fall in love, but from the moment firefighter Brad Flannery walks through the doors of Marsh’s veterinary clinic, he’s smitten. Marsh treats Fuego, the cat Brad rescued from a house fire, and convinces Brad to take her on as a foster—along with the three kittens Marsh helps her deliver. What Marsh really wants, though, is for Brad to keep him too.

Comments Off on En Fuego is Coming Soon!