Aren’t You That Guy I Met Next Week?

Today my guest is the fabulous Aidee Ladnier, here to talk about her new story, The Break-In. Take it away, Aidee!

Thank you so much, Shae, for letting me guest post on your blog during my tour to promote THE BREAK-IN, published by Dreamspinner Press. I even have a rafflecopter giveaway with lots of cool prizes, so make sure you enter. 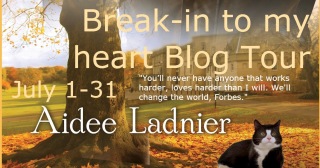 Today I’m going to talk about a problem I recently struggled with that other writers might also face—yes, I’m talking about the dreaded curse of character confusion in time-travel fiction.

Most writers penning a series have tiny details they need to keep straight in order to remain consistent. A hero’s eyes can’t be blue in one book and then green in the next (unless they have some weird eyecolor-changing magic going on…or maybe contacts). A main character’s hair can’t be blue-black in one book and then flaming red in the next (unless they have a really good hairdresser).

But throw in time-travel and you have a whole other set of headaches. With time-travel fiction you’ve got characters popping in and out of each other’s lives at different points in their timeline. This not only requires keeping track of when it happens but also MATH. Because if Character A is 23 when they first meet, but Character B is 38, how does that affect their second meeting when Character A is 33 and Character B is 18?

So how to get around this–I keep lots of notes. You may have heard of something called a “series bible.” This is the book (or electronic file folder) with all the important information that helps keep your story coherent. Here’s what J.K. Rowling’s timeline looked like in her notes:

Most series bibles contain things like physical descriptions of all the major and minor characters as well as their biographies and histories—anything that you will need to know about them every time you write about them.

Notes on the settings are also a must. You can’t have a stream running on one side of the house in one book and on another in the next unless you want the house surrounded by water—might as well put it on an island. Is it on an island? Okay, put that in your bible.

Does your book contains some kind of new and innovative magic that works on a wonky system of rituals or maybe your book has several different species of vampires, or have castes of elven royalty? All these things should go in your series bible.

The main function of the series bible is not just to keep your facts straight but to keep from confusing your readers. If you’re unsure of a fact about a character, your reader will be lost as well. Of course, you can always reread your own novels to find out if a character takes their tea sweet or unsweet, but wouldn’t it be easier just to look it up in one easy-to-find place?

I hope you’ll join me as I journey back to visit my characters Forbes and Oliver in my new ebook, THE BREAK-IN. 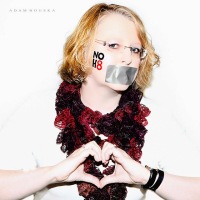 Aidee Ladnier began writing fiction at 12 years old but took a hiatus to be a magician’s assistant, ride in hot air balloons, produce independent movies, collect interesting shoes, and amass a secret file with the CIA. A lover of genre fiction, it has been a lifelong dream of Aidee’s to write both romance and erotica with a little science-fiction, fantasy, mystery, or the paranormal thrown in to add a zing. 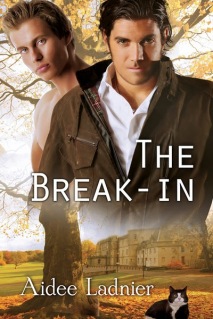 Blurb: Ten years ago, roboticist Forbes Pohle received a visit from time-traveler Oliver Lennox. “Wait for me,” Oliver said. Now a decade has come and gone, and Oliver has returned. However, Forbes never dreamed Oliver would reappear as the point man for a gang of technology thieves breaking into his lab. He finds the younger Oliver just as sexy and even more annoying; still, he must convince him their happily-ever-after is meant to be—but he only has the time it takes his robotic cat Jeepers to thwart the thieves to do it.

After waiting so long, he could lose everything in the span of seconds.